With a non-phonetic alphabet, English is especially difficult

“Dzees ees Engleesh, ow come you don’t undergrstand me?” – the frustrated cry of a Frenchman to an American.

Ok… Ok. As a fellow learner of foreign languages, I get it. Learning a second, third, fourth+ language can be hard. It is even worse when you think that you can finally speak a language, only to have you hopes and dreams dashed when a native speaker does not understand what you’re saying. Hang in there.

With a non-phonetic alphabet, English is especially difficult. Plus, as though our strange spellings and word pronunciations were not bad enough (ghoti, anyone?), native English speakers don’t even agree on how to pronounce words half the time. In fact, we make fun of the way other native speakers say words ALL the time.

“Hey Jess! I hear you’re from Boston. Do you evah pahk the cah in hah-vahd yahd?”

There are constant debates between what to call that round, red vegetable (fruit?) – a “toe-mah-toe” or a “toe-may-toe.” Then, you have people like my best friend who call the round piece of hard-cooked, breakfast dough – you know, with that wonderful, soft, inner dough best when toasted and smothered with cream cheese? – a “bah-gull.” Seriously, bah-gull. What is she, a sheep? The word is bay-gl, sweetheart. 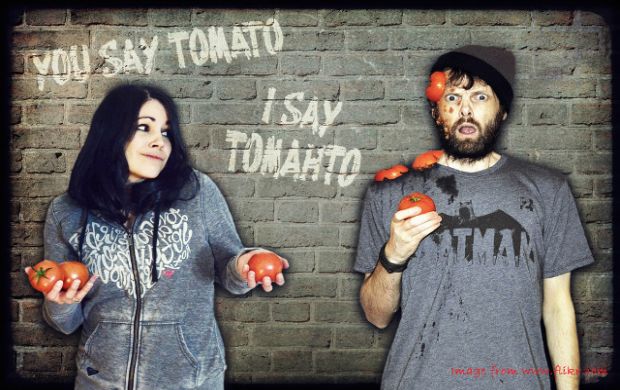 As we bicker amongst ourselves, I can only imagine the foreign predicament. I mean, check out this guy’s struggle (submitted by Macedonian PCV Audrey).

Dialects and accents are a part of any language culture

When I came home from college, my sister literally made me repeat every other sentence, in order to

A) Try to understand what I was saying, or

B) Make fun of my new, western New York accent.

She (small town girl who had apparently never heard an out-of-town accent before) was like “Do you hear yourself? I. Have. No. Idea. What. You. Are. Saying.” The funny thing was I didn’t even realize my accent had changed. Though in retrospect, it’s totally possible. I was constantly surrounded by different accents, and, we did make that one girl say the word “on,” every time she walked into the room… 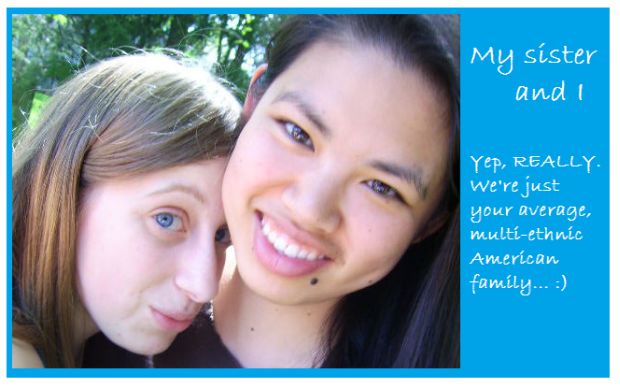 Um, no… Why the heck would I want to put cold sauce on a burrito? Did he mean sour cream? …no that’s already on there… <after a minute of staring blankly at the vendor> Maybe they serve “chili” here and I can get THAT on my burrito. Hmm… I don’t see any… but that would be an interesting combo… They didn’t serve chili. Instead, I now know that “chili” is an adjective Macedonians often, incorrectly, carry over from chili peppers to mean “spicy.”See how “chili” (type of pepper), “chilly” (very cold) and “chili” (common southern dish) – all pronounced the same way – could lead to some misunderstanding? It’s not you, it’s the language. If you think that’s bad, then check out this video HERE (Submitted by Macedonian PCV Stephen).